Procrastinate Now, Don’t Put It Off 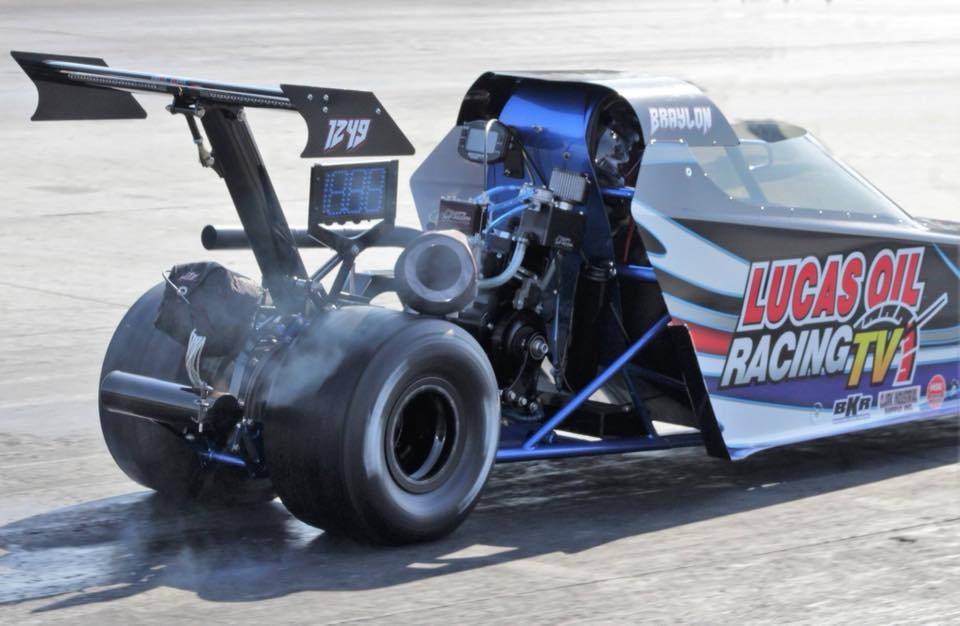 Science fiction writer Alan Dean Foster once said “The thing all writers do best is find ways to avoid writing,” and I fervently agree.  Calling me a writer is a little bit of a stretch, but it is real easy to procrastinate so much that it’s hard to get started because of falling so far behind.  That’s been the story of my official web site updates this season.  I have turned to social media, like much of the world, for quick news and immediate race results and posts.  Unfortunately I don’t make up fake news or I would tell you that we have dominated and won every race that our Lucas Oil Racing TV junior dragster has entered, but that’s just not the case.

We started the season with a new marketing partner, that being the Hoosier Tire Mid-Atlantic group.

We are super pleased with their support and the JR1 compound slick we are now running. Our car has yet to spin a tire on the starting line and our 60’ times have never been quicker. The smaller rollout and short times have created another problem that we have been plagued with, and that’s the old red light start. We have only raced 6 events due to a shorter schedule that was implemented at Maple Grove just weeks before the season began and weather related issues. Braylon is being very consistent on the starting line so that tells me he is finding his spot. The problem is that I haven’t been able to slow the reaction time down so he is at a safe distance from going red. A friend and fellow “crew chief” mentioned the roll out on the tires being smaller hence the quick 60’ times and I realized that all comes into play with reaction times. A call was made last week to Fred at Craw’s Racing and a new rear sprocket was ordered to help cure that problem. It will slow down the short times and it will also give us some more MPH down track.
We have tested a few nights this season so far and our next time at the track will be on July 6th for a Friday night test and tune to get used to the new gearing. Most of June the schedule was cleared and Jen and Braylon made their way to her home state of Kentucky for some much needed family time and relaxation with immediate family and extended. Braylon has also suddenly taken a liking to the game of golf and will be trying out for the high school team this year as a sophomore.

In the off season I have also created business relationships with NecksGen as well as Innovative Safety Products (ISP) to better protect Braylon when he inside the car.  Mar-Schan Motorsports LLC is now also a proud dealer for these companies.  Pyrotect has also set me up as an official dealer for their full line of safety gear and they are helping us out with the design and production of a new, much needed, fire suit for Braylon.  We have also received a pair of their Pro Series racing shoes which are pretty sweet.  I have also had the privilege of being asked to do about a 20 minute segment on the Rockin’ & Racing Radio Show a few weeks ago.  That went pretty well and we had a chance to mention several marketing partners on the air and discuss what it’s like to be part of family junior dragster racing team.  It was a real cool experience and I want to thank Joe Walla for offering us the air time.

We still have much of the season in front of us including the Eastern Conference Finals in Bristol, Tennessee in less than a month and the NHRA Division 1 championship shortly thereafter.  We have raced in one NHRA Lucas Oil Drag Racing Series event at Maple Grove and Braylon got put to work for a little bit with the Fox Racing top alcohol dragster team.  We also plan on attending another multi-day event at Cecil County in August.  Hopefully we can turn on some win lights sooner than later and that’s not an area of procrastination.  Either way we are learning each time out and trying to put together a more competitive team and package moving forward.

We couldn’t do it without the support of everyone behind us pushing us forward like Lucas Oil, Boccella’s Performance, DJ Safety, Pyrotect, Pro Things, Hoosier, NGK and power from Craw’s Racing. Our family and Braylon Kuhn Racing thanks you.
See you at the track!