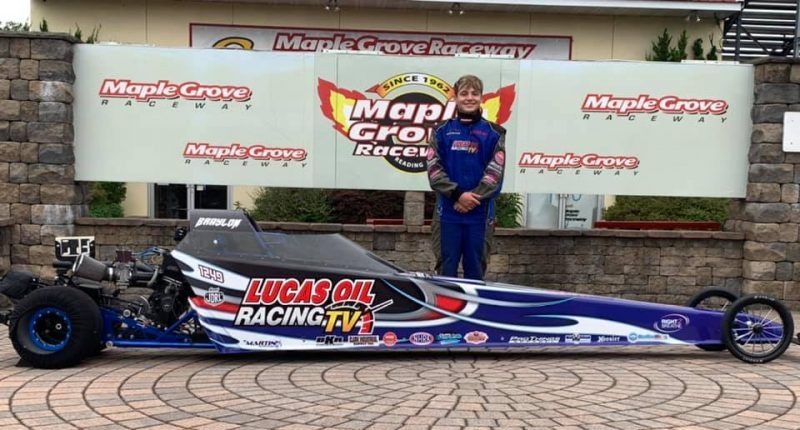 Mohnton, PA — Today were the last point races of the season at Maple Grove. Braylon came into the day with less than a 2 round lead in points. The decision was made to run 2 races on the same day due to tomorrow being a Junior Challenge Wally race. It could have been a real bad day, but we went to the FINALS of race #1 and settled for a runner-up finish. Unfortunately the door was still open to lose the season “covid championship” in race #2. In the time run for race #2, minutes after the loss, Braylon put the challenge out with a .001 reaction time, setting him up for a bye run in the first round. The chips fell our way in the 1st round when our closest challenger, and winner of race #1 was on the losing end of their matchup. That was enough to keep everyone else from mathematically winning the season. In round 2 our Craw’s Racing ZR-4 with 203 runs on it was still printing tickets. We made 15 runs in the last 24 hours. Braylons .015 reaction time helped for the win and set him up for the bye run in the 3rd round when the age groups are combined and the ladders are reset. Unfortunately we settled for a fourth round semi-final loss with a 4 thou breakout.

It was a great day for the Lucas Oil Racing TV junior dragster and our team. We end the abbreviated season with two wins, a runnner-up and a semi-final loss in 6 races.

Its hard to call it a championship with only six races, but with the help of Boccella’s Service Center, NGK SPARK PLUGS＜Official＞, Hoosier Tire Mid-Atlantic & Precise Racing Products, Lucas Oil, One Sky Media Webmasters, and reliable power from Craws we were there when it mattered. Thanks to Matt Witkowski for being able to talk to Braylon as a past champion and keeping his head on straight. Thanks Maple Grove for giving us a place to race!